"Ace in the Hole"

Purple
Mikio Shirato (白都樹生, Shirato Mikio ) is the older brother of Yukiko Shirato and one of the Shirato heirs. He began the anime as an engineer in Shirato Group creating his own version of megalo boxing gear that was supposedly superior to Yuri's integrated gear. He enters the megalo boxing tournament with the goal of winning Megalonia, defeating Yuri and his gear, and simultaneously proving that his gear is the true future of megalo boxing and the Shirato Corporation.

When Mikio first appears, his personality is cocky. He is sure of himself because he knows he is willing to do anything to reach his goals. He is not afraid to get his hands dirty. Bending the rules and manipulating people are all ways to get what he wants and they do not lead him to questioning his own character. He is a driven person to the point of obsession.

All of these occasionally sinister personality traits are all pushed to the forefront of his exterior in order to hide the deeper emotions boiling under his collar. It's proven time and again that he is insecure and doubts his abilities as an engineer and a business leader. This is why if he cannot accomplish things in a forward and upstanding method, he does not hesitate to change any situation to suit him even if this could ruin someone else's life. At times he is totally self-absorbed, but he is looking to prove something which means for a time he is searching for approval.

Mikio is tall with dark hair. He has a slim and muscular body. He doesn't have any visible scars. He has tan skin and a clear complexion.

He wears clothes reflecting his wealth. Outside of the ring he has worn an all white suit with a dark red turtleneck before his big defeat against Joe. After he loses, he is seen in more relaxed clothing in his home. In the boxing ring, he wears red pants and shoes with his gear ACE adorning his arms and shoulders. Ace is mostly red with grey, white and yellow accents. The gloves Mikio wears are black.

In Nomad, he wears glasses. 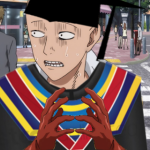 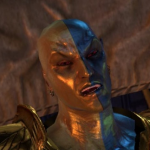